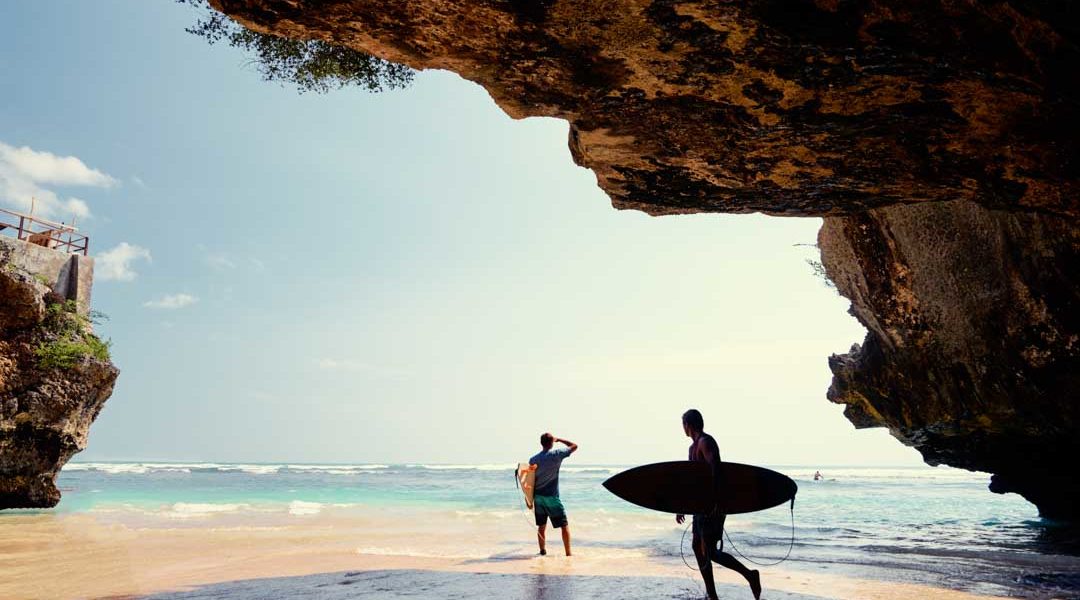 How to Prepare for Unexpected Travel Troubles

I love seeing travelers on holiday without a care in the world.

The people with positive attitudes who welcome every new opportunity with no fear is what makes backpacking life so unique.

I never want that to end…and it doesn’t have to. Being prepared is the best way to dispel worry.

That’s why you and I are going to take a minute to ready ourselves for a bit of truth.

Sometimes, unlucky things happen. Some lessons in life are harder than others, but we learn, we grow and with each lesson we become more free from fear.

Now, this article isn’t intended to scare you, but to provide you with all the information you need to handle any situation thrown your way.

I’m going to walk you through the top three ways to keep yourself safe and knowledgeable, so that you can have the best adventure of your life.

“Don’t do anything stupid” are probably the last words your parents said to you at the airport.

For 99% of you, the worst thing that will happen abroad is a bout of food poisoning or a few scrapes after crashing a scooter.

Ailments like these are easily treatable with a quick stop by a pharmacy or a medical clinic. However, if anything worse should happen to you, having travel insurance would mean a world of difference.

Let’s put this in perspective, shall we?

A friend of mine flew over to Thailand from the UK for his first big South East Asian adventure.

A day after he landed, he noticed some redness on his foot, which we assumed was from a bug bite. Over the next two days, it grew to the point where his entire foot was abnormally swollen and discolored.

We went to a clinic where the doctors required him to stay overnight to properly care for his condition. The doctors had put him in a private room, and even gave me a bed in the room.

The nurses tended to him round the clock, feeding him and refreshing his IV as needed. In the end, he was in the hospital for a total of 16 hours. 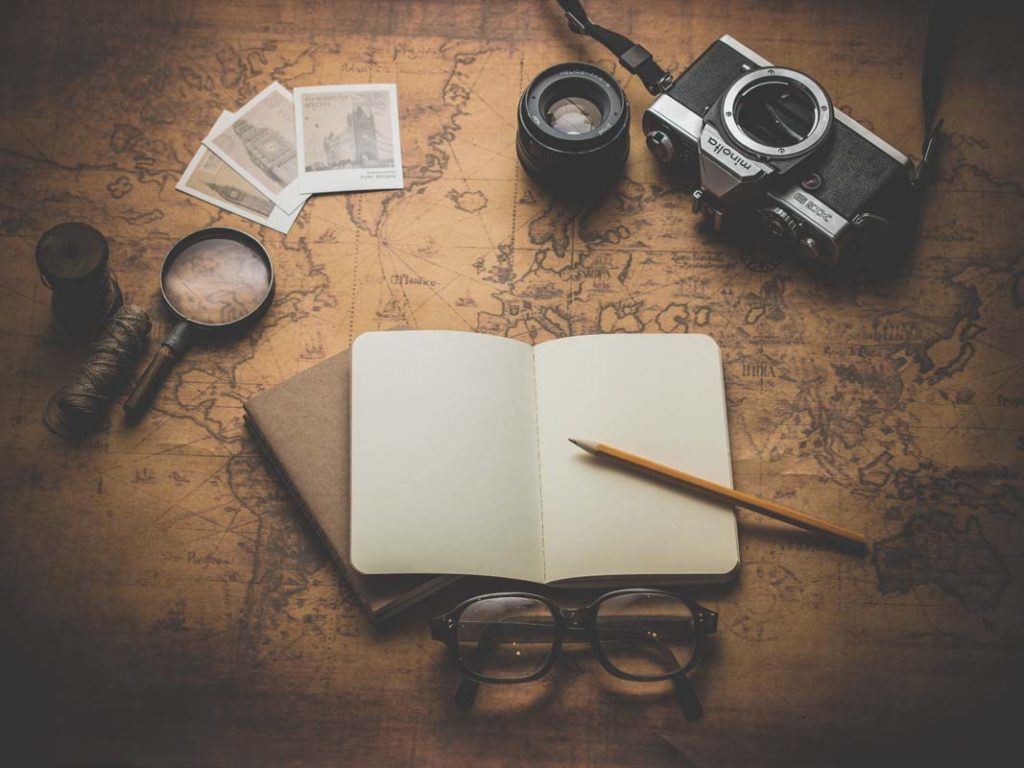 On a backpacker’s budget, panic starts to set in thinking, “How much is this going to cost me?”

The answer: not a penny.

This smart dude was equipped with travel insurance, which covered every expense, leaving him only with a good story to tell when he went back home.

In full disclosure, I’ve never had travel insurance. I am a “hope for the best” kind of girl.

But after this incident, I began to realize how big of a gamble I have been taking.

So I’ve started looking into travel insurance for myself.

I know, I know; choosing an insurance plan sounds tedious and overwhelming, but it’s actually a fascinating process to explore. There are tons of travel insurance websites out there that are so easily comprehensible.

I like Worldnomads  because they do all the work for you. Simply type in which region or country you will be traveling to and for how long, and they will instantly provide you with your options.

Travel plans range from basic accident & sickness coverage, to more specific coverage including things such as emergency evacuation, and even… dismemberment.

You can choose standard plans or explorer plans, which cover sporting activities. If you are climbing Mt. Kilimanjaro, or just going on a lazy beach holiday, you can tailor your insurance to fit your trip starting at low as $50 a month.

Fun fact: you can even find Hostage Insurance for you danger seekers traveling into war zones.

Before you go anywhere, make sure you are up to date on all the basic vaccinations such Tetanus, Hepatitis A & B, and your MMR vaccine. Similarly to travel insurance, your vaccinations and medications will depend on your destination.

The CDC is the go-to information hub for doctors and travelers concerning this topic. The website has a list of suggested vaccinations for each country worldwide. The CDC also features updated travel notices for current regional outbreaks.

Now, what about all the other scary diseases your doctor has told you about in countries he has never been to? Malaria, Yellow Fever, and even Elephantiasis of the face!

As a long-term traveler, I’ve got to be honest with you- not all of the recommended vaccinations from your doctor or those disease prevention websites are necessary.

For instance: regarding travelers going to Australia, the CDC recommends you get a vaccination for Japanese Encephalitis.

This vaccination can cost hundreds of dollars and the majority of locals have never even heard of it. Unless you are living on a rural pig farm, this is an example of an organization covering all of its slightly unnecessary bases too heavily.

If you are unsure, talk to expats or locals of the area in which you will travel- they will surely have some expertise to share.

However, there are some perpetual concerns to address:

Malaria: According to the World Health Organization, 88% of Malaria deaths in 2015 occurred throughout Africa, with children under the age of 5 being the most susceptible victims. 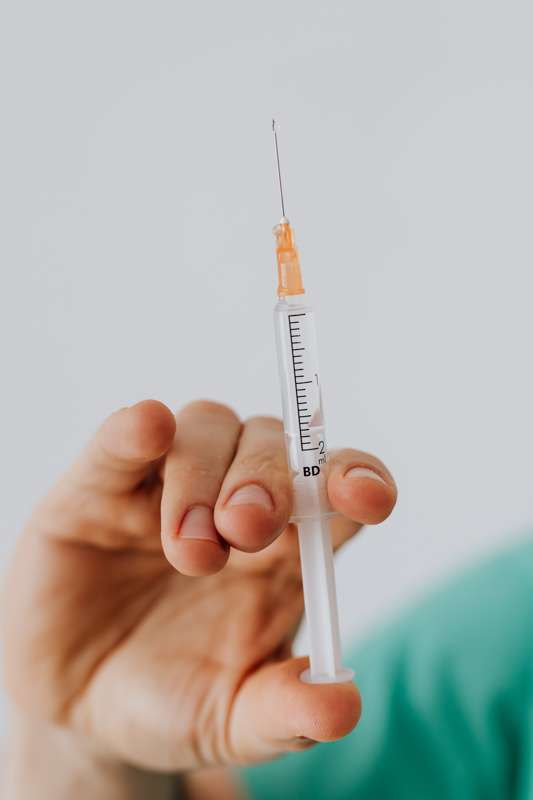 It goes without saying that should you protect yourself while traveling in this region by choosing a medication that’s right for you. There is more than one option for Malaria medications that you can easily research “here“.

Conversely, South East Asia only accounted for 10% of Malaria deaths worldwide, yet so many fresh backpackers come carrying intense, and expensive Malaria medications.

Among expats and long-term travelers in this region, Malaria medication is not the preferred strategy for fending off mosquito related troubles.

Common side effects from Malaria medications (nightmares, nausea, and sensitivity to sun exposure), along with the low risk factors are enough to deter most locals from using them. While it may be true that Malaria exists somewhere in your SEA destination country, mosquito spray is the standard solution.

Your vaccination requirements are going to depend on how long you stay in a location and what you are doing (jungle treks, agricultural work, leisure, etc.). Ultimately, be proactive, do your research and everything should be fine.

Tip: A clever friend of mine skipped the high costs of vaccinations in his home country, and instead, headed straight from the airport in Thailand to a hospital where he got all of the necessary vaccinations done there for a fraction of the price. If you are feeling confident, research this option in your destination country.

It’s easy to fall into “holiday mode” where we feel like the world is our playground. Sometimes we forget that we are guests in someone else’s country, and that means we need to follow their rules.

The most outlandish and epic story of all my travels is the time I spent 3 days trying to get a Canadian stranger out of a Thai jail cell.

It was 3 am as I was walking home from a night of partying when I heard the cries of help from the 2nd floor of some random building behind the local police station.

As this voice called to me through a small, iron-barred window it was communicated that after a confrontation with a police-affiliated Thai local, this backpacker had been thrown in jail.

He had been left in his cell for 9 hours with no food, water or explanation. I was able to get enough information to stay up for hours calling his embassy, and even his parents back home.

It was heart wrenching to hear the confusion and concern in his dad’s voice. Over the next 3 days, I bribed my way into the jail cell to bring him food, water, toilet paper and to work out a strategy towards freedom.

Every time I entered, the guards would lock me in with him and sometimes I wondered if they’d let me back out. I even tried speaking with the chief of police, until he tried to implicate me.

In the end, the only way to get this poor Canadian kid out was for his parents to negotiate a $2000 (USD) bribe.

It was a heavy price to pay, which could have been avoid.

The moral of this story is don’t be a fool.

Learn about what is culturally appropriate in terms of interactions with locals, always be aware of your surroundings, know your limits on alcohol, and understand the police’s attitude towards foreigners.

The universe is always full of surprises, and that’s why we love it! The beauty of travel is that sometimes it’s hard, and you can look back and say, “wow, I just conquered that.” Don’t let uncertainty scare you, or deter you from following your dreams of exploring the world. Empower yourself by learning as much as you can, and share your wisdom with others. You’re going to quickly discover that there is no limit to your happiness.

Alexa Weeks
I left my Seattle suburb in 2010 to explore the world. Currently based in Taipei, I write about things I eat, people I meet and experiences worth sharing.