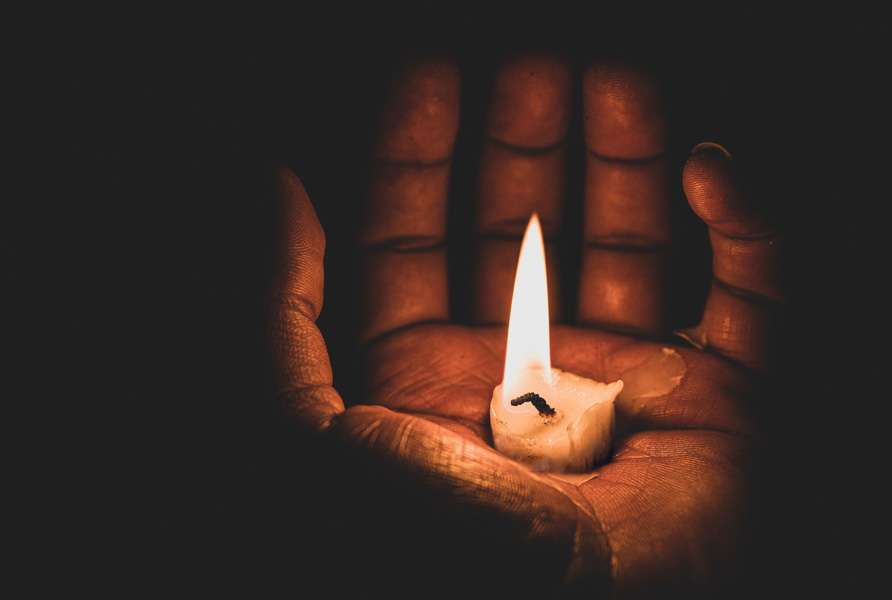 Why We Live and Why We Die

A few weeks ago, I went on a trip to the Belgian coast with my cousin – the one and only Jellis Vaes. We always talk about a lot of interesting topics whenever we meet and this time, we got to one that really struck a chord with me.

Jellis said that the two most important questions you must ask yourself are: why do we live? And, why do we die? These questions really hit home for me because I had never really thought about them before.

The two years that I had been studying philosophy up until that point never caused these questions to pop up. For me, it was always about how to live a better life and how to be a better person.

“We are all visitors to this time, this place. We are just passing through. Our purpose here is to observe, to learn, to grow, to love… and then we return home.”

I think this is a beautiful way of phrasing an answer to the questions on why we live and why we die, but it would be way too easy for me to just take that quote as my answer. It wouldn’t have any deep personal meaning.

So, I started looking for my own answers and naturally, I turned to philosophy. Quite early in my research, I realized that philosophy couldn’t help me at all. That is because mankind has been trying to solve those two questions since the very origin of human thinking.

All the great minds in history have their own opinion about the meaning of life and – they all disagree with each other. So, whenever I found a satisfying answer with one philosopher it immediately got rebuked by another one.

Needless to say, this realization got me even more interested in philosophy. A subject that I already loved dearly. Actually, before Jellis posed these questions to me I was quite worried about my studies. I didn’t have a lot of questions in my life so a lot of philosophical topics didn’t seem that relevant to me.

The one thing I found so interesting about philosophy was the way I could apply it to real life. In fact, it was stoicism and epicureanism that really sparked my interest. These were philosophies I could apply to my life in order to make it better.

Guys like Nietzsche, Hegel or any other big-name philosopher always looked and sounded cool on the surface, but I never had any reason to delve deeper into their works. However, when I started thinking about why we live and why we die, a whole new world of questions opened up to me.

Why do we suffer? Does life have any meaning? What makes us different from animals? And many, many more.

I can positively say that these two questions reignited a spark in my philosophical studies. And now it has become a passionate fire that burns within me. A fire much bigger and warmer than before. (No, not in that way, you pervert.)

One particular time my interests really sparked was while I was sat in Wells Cathedral during a trip to England. I was listening to a Danish boy choir rehearsing for their service later that afternoon when I decided to look for an answer to the two infamous questions within myself.

First, I wanted to know what life really was, because maybe that could give me an answer. I thought of the biological and thermodynamically definitions of life but those didn’t really help me as I was looking for something less scientific and more spiritual.

So, I started going off on a sidetrack about our similarity to animals and whether or not they might be satisfied with their life. After a long time, my session in Wells Cathedral only made me feel like life didn’t have any meaning. A few days later the question came to mind again and it’s then that something hit me…

It doesn’t matter what life is.

And so, I found my answer to both questions. Why do we live and why do we die?…

Let me try to explain that. As I mentioned before, I was always thinking about some philosophical truth or purpose that I had to base my life on in order to give it some meaning.

And so, I turned to philosophers for a definitive answer, but they all disagreed. However, it was at this point that I realized that all of that didn’t matter. In my lifetime I was never going to find the real answer to those questions. Maybe there is an objective answer somewhere out there but I’m sure as hell not going to find it.

So, what did I do? I took the best bet because whatever the reason for our existence might be, we’ve got the best chance of achieving it by helping each other. Marcus Aurelius, the great stoic emperor said something very similar.

Men are born for the sake of each other. So, either teach or tolerate

You could always take the tolerate route, of course, but that seems rather bitter to me. Anyway, this is what I’ve decided to live by. Everything I do from this day forward will be driven by the desire to help other human beings. Everything I create comes from a deep urge to improve the human condition and make sure our offspring can do, whatever they do, better than ever before.

Question about this article: So, what do you think about these two questions? What is your answer to Why We Live and Why We Die? Let me know in the comments below!

Simon Vaes
Simon Vaes is a Maths-Languages student at High School. Polyglot, Amateur Historian and Travel enthusiast. Loves to see anyone succeed at their passion.