Change Someone's Life by Remembering Your WHY

Gifts come in all shapes and sizes, and sometimes as a lesson to be shared. You see, I did a very scary thing on November 4, 2017. I stood on a TEDx stage and shared my personal story my personal story of child sexual abuse.

It is titled “Healing From Sexual Abuse Can Start With One Word.” My talk was being circulated by friends and family, and I received praise for my courage. I had shared the stage with thirteen other speakers that day.

A month later, I noticed a post from a fellow speaker.

They posted that their video had over 500K views. At that moment, mine had only 271 views, and I was devastated that mine were so few.

My EGO was bruised, and I forgot my WHY.

It’s hard to admit that I was envious and embarrassed that my views were so low. I worked hard on my TEDx talk. Even though I’m a speaking coach, I hired a coach and spent months preparing for that day.

I had an “Idea Worth Spreading,” and I wanted to make an impact, to give survivors and their loved ones hope that they too would be able to rise above the shame of the crimes committed against them and live a happy, healthy, thriving life.

I thought perhaps my fellow speaker hired a PR firm to help them get higher views, or perhaps they have a large following already. I was told you could purchase views to help rank your video higher in the YouTube realm. It did cross my mind that perhaps I should try that.

But if I did, would I make the impact I desired? Would I have reached the survivors I wrote this talk for—or just the bots?

It doesn’t matter how this person received so many views.

What matters is that I was brought back to my WHY when I received the following email later that afternoon:

[I hope you take the time to read his “unintentional gift,” which helped me remember my WHY! Perhaps it will help you remember yours…]

You don’t know me, but I just finished watching your TEDx talk on the TED YouTube channel. I am Viewer #272. Your message was incredibly powerful and one that needs to be spread throughout the world. It took incredible courage to get up there on the TEDx stage and tell your story. Bravo to you.

Your story is very similar to my own. Like you, I was sexually abused as a kid. And like you, I waited decades to tell anyone. When I was ready, in my early forties, I found a great therapist and dealt with the issues caused by the abuse.

While it was not exactly the most pleasant experience of my life, it worked. It must have. I mean, I am emailing you, a random TEDx speaker who I do not know, to tell you my story. And I am doing it without any feelings of pain or shame or anger. There is no way I could have done that a couple years ago.

So why am I writing this email?

To tell you that whether you knew it or not, you spoke for all of us survivors. You spoke words that I have thought so many times over the past few years. So, for that, I just wanted to say “Thank You” and “I am proud of you.” I will leave you with one last thing….

My favorite quote is from the actress Diane Ladd who said: “If I can help one person in this world, then it’s enough, and I’ve done my job.”

Well, Rena, you have done your job.

All the best, A Fellow Male Survivor

With tears of joy and a heart filled with gratitude, I thank you, Viewer #272, for reminding me of my WHY.

Setting my EGO aside, I realized it’s not about how many views my video gets; what’s important is that the right people who need my message get to view it.

So, Dear Reader, gifts do come in all shapes and sizes. The gift of your smile to a stranger can make a difference in their day. When you set EGO aside, speak your truth, and give of your heart, you will make the impact you desire.

If you truly want to make a difference in your world, here are three ways to keep your EGO in check:

1. Write your intentions out daily. Ask yourself: What is my intention and how do I want to make a difference? Is it coming from my heart or from EGO?

3. How will I help them? There are so many ways to make a difference and impact lives. I, for example, started volunteering, speaking, teaching, mentoring, and coaching. Just start; listen to your heart—it’s telling you what to do.

Our EGO can create chaos, cause depression, and keep us stuck in non-reality.

It will prevent us from living our WHY.

The speaker I mentioned now has over 4 million views of his TEDx talk. Bravo to him. Mine has 259,000 views at the time of this writing. It’s been four and a half years now, and my views may be low compared to his, but the impact has been exactly as I had hoped.

Weekly, I receive thank you notes from male and female survivors around the world.

The latest was from a young man in the UK who was contemplating suicide. He watched my talk and reached out for help. Now he is running weekly groups to help other survivors heal and thrive.

Let go of EGO, open your heart, take a chance, and do what’s difficult to make the impact you desire. Someone out there is waiting for you to bring your WHY alive so that you can make a difference in their life!

Remember your WHY, and be true to yourself.

Leave everyone you meet in a better state for having met you—now that’s a gift that will impact the world!

Want to learn more from Rena?

Then be sure to check out the interview she did on The IPS Podcast ‘EP 025 – Rena Romano: Healing From Child Sexual Abuse and Conquering Past Hurts’. There, she shares in-depth her story of child sexual abuse and becoming a sur-THRIVER.
Click Here 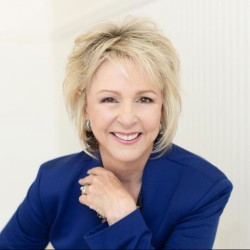 Follow Rena
Rena Romano
Rena Romano is a surTHRIVER®, coach, TEDx speaker, and author of “His Puppet No More!” She has also been a featured guest on “The Oprah Winfrey Show”.