How to Find Your Way Out of Hell: Quadruple Amputee Alex Lewis

There are people in this world who just blow your socks off with their courage and strength despite the massive adversities they had to go through.

Alex Lewis, our guest in this interview, is one of those people.

Seeing the following photo of Alex will undoubtedly raise a few questions for you, such as: What in the world happened to him? 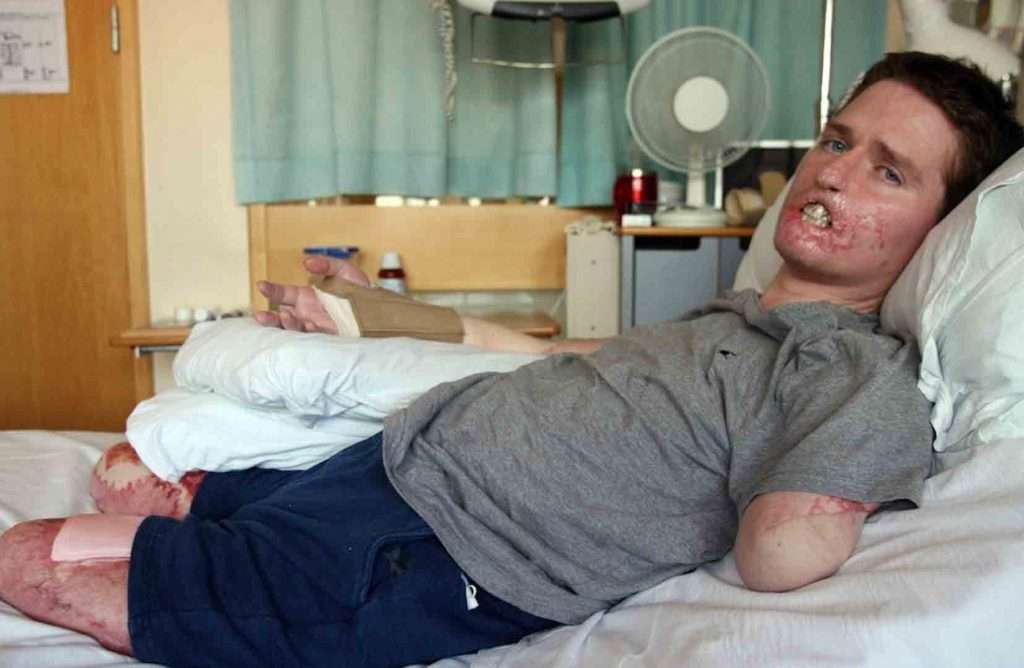 Before Alex lost his limbs and his lips, he was—as he describes himself—just a regular guy, with a partner and a two-year-old son, who ran a restaurant and who was primarily a stay-at-home dad.

All this, however, changed in November 2013 when he fell ill. In the beginning, he and his wife thought he just had a common cold. But as the days progressed, things got worse and worse until one day he collapsed and had to be immediately rushed to the hospital.

Now, I will leave Alex to tell you more of this story in the interview, but what Alex contracted was a Strep A infection.

Strep A is a group of bacteria commonly found in the throat and skin. Most people would simply get a sore throat with Strep A, and that’s it. But, for some reason, Strep A led to toxic shock syndrome for Alex, which further led to septicaemia—another term used to describe blood poisoning.

This eventually led to the loss of both his arms, both his legs, and even his lips, over the course of many months.

I know, it’s shocking to read—and even more so to hear Alex share it.

However, what might come as a surprise to many is what Alex says in the interview and has repeated several times in all his other interviews: that he lives a great life today.

“Meaning” is the word that has gotten him through hell to the place where he thrives today in his life.

Today, Alex Lewis is known for being a source of inspiration and an example for others to show that, no matter what has happened and no matter what you have lost—even if it is all your limbs—life can still be good.

Of course, this does not mean that the road there would not be hard. It certainly has been really hard for Alex.

But, once again, if any of you reading this are struggling or suffering at this time, there is a light at the end of the tunnel.

I sincerely hope that you will find the same knowledge and wisdom that Alex has learned from his struggles and adversities to be helpful in bettering your own life.

EP 032 - How to Find Your Way Out of Hell: Quadruple Amputee Alex Lewis

“I was told early on that with amputation 95% is mental and 5% is physical. If you get your head straight, the rest will follow.” 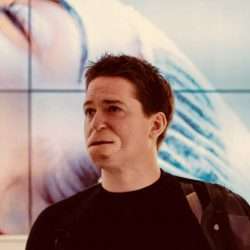 Question about this episode: What did you think of the interview with Alex Lewis? Any lessons or takeaways or anything else you’d like to share with us?